The tea tree or shrub, thea sinensis or camellia sinensis, is an evergreen plant. It produces good tea leaves for about fifty or sixty years, but it has a life span of more than a hundred years.

The tea plant prefers acid soil, temperatures of 20 to 30 ̊ Celcius, mountainous, misty areas of 1900 to 2400 m above sea level. It likes places where the difference between day and night temperatures is great. In its wild form, the tea plant is found in the mountains of southwest China, northeast India, Myanmar, northern Thailand and Indochina. It can reach a height of 25m with a stem of 1,20m diameter. About 1000 AD, people in southwest China began to cultivate tea. From China’s southwest it reached the emperors’ court, where tea culture was established and constantly refined. Chinese rulers encouraged tea cultivation in appropriate regions and the breeding of shrubs that were lower and easier to harvest.

Tea gardens at LongJing near Hangzhou; photo: U. Röschenthaler

Names for tea in China

Before the word chá for the plant and the beverage became of common use in Mandarin Chinese, several other words were prevalent, which are derived from local dialects in the Sichuan region. Most of these words also had other meanings and each had its own character. Among these words were kia and she for the tea plant; ming for the spring sprouts of tea leaves and chuen for the leaves plucked in autumn. Especially after the publication of Lu Yu’s (733-804) book Chá Jing (Classic of Tea) (760 or 780), the word chá and the tea character common today became of conventional usage.
This character is spelled chá in Cantonese and te or tay in the dialect of Amoy. These are the two words from which the terms for tea in all other languages that adopted tea are derived. Chá is usedin all those languages whose nations acquired tea on the land route and from Canton such as Portugal, Russia and Tibet but also in Japanese and Arabic. The words in the other languages are derived from the term te of the Amoy dialect. To these belong Dutch, Italian, English and the Moroccan Derja. This is so because the Dutch were first to introduce tea to European countries (except to Portugal). They acquired their tea at first in Bantam or Batavia from Chinese merchants who brought the tea from Amoy. The English took the word te from the Dutch but adopted green tea as a beverage from the Portuguese. Only after they produced their own tea in India, they reverted to black tea.
In many languages, tea refers both to the plant, the dried leaves and the drink made of the tea leaves. The ubiquitous use of the term led to the fact that hot beverages also from other plants are named ‘tea’, often added by a specification of the type of tea (herbal tea, fruit tea). 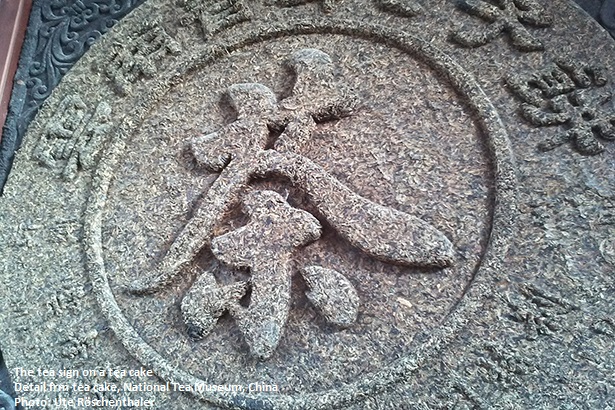 Tea character on tea cake; details from an object in the LongJing Museum, Hangzhou; photo: U. Röschenthaler

Uses of tea and its medicinal properties 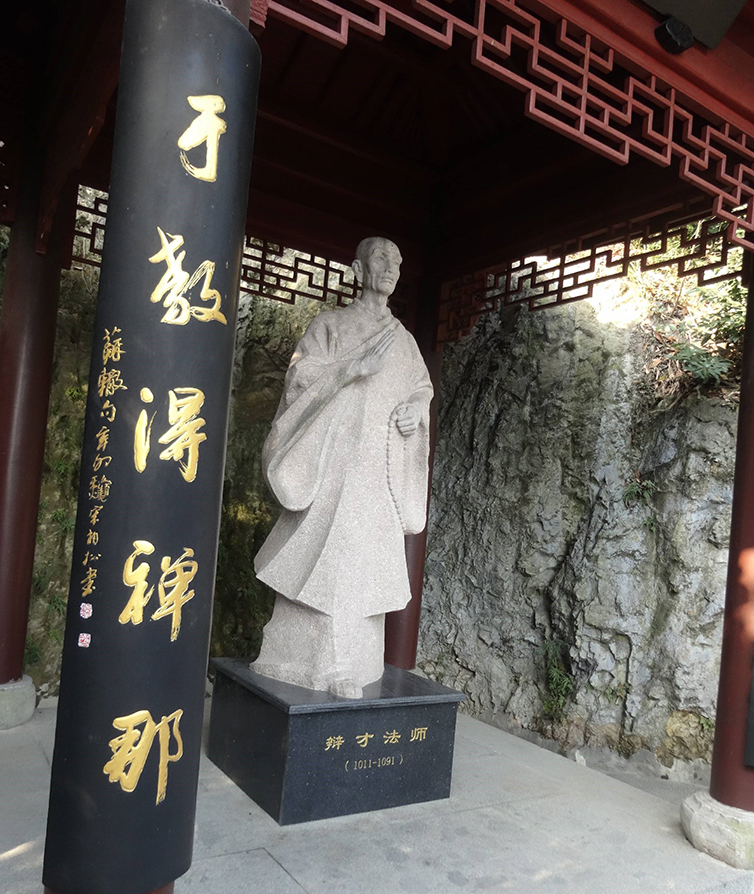 Tea was developed into a beverage through a long process of refinement. Tea was first taken as a medicine, as food and for sacrificial offerings, in the area of its origin, especially the mountainous region of Sichuan in southwest China. The consumption of tea as a medicine began to proliferate in other areas of China after the publication of Lu Yu’ Classic of Tea, the first known book on tea.
The people of Sichuan, Buddhist monks, who had arrived from India, and Chinese scholars knew about the medicinal properties of the beverage. It was healthy not only because it was prepared with boiled water, but enhanced concentration during meditation, and it was said to cure all kinds of diseases.
In China, an entire science has emerged on tea that evolved around its harvesting, procession, ingredients and equipment, modes of preparation and evaluation. Tea culture is even a topic of study at specialized universities.

In the nineteenth century, after having colonized India, the British had the idea of establishing their own tea plantations in this country to become independent from Chinese imports. In the 1820s, they had discovered tea trees in Assam in northeast India, but these were huge wild tea trees, difficult to domesticate. They preferred to plant tea bushes from China. The first tea, however, was indeed produced with Assam trees, which were later refined with the seeds and plants that Robert Fortune had smuggled out of China in the mid-nineteenth century. He also brought the knowledge of how to produce green tea, but in the end most tea that the British processed in India, and later in the twentieth century in East Africa, was black tea.
Meanwhile, tea is planted in many countries, in addition to China which remains the largest producer of tea. Next come India, Sri Lanka and Kenya. Other producers are Japan, Vietnam, Malaysia, Turkey, Russia and the Acores. Last not least, Mali and Morocco also produce small quantities of green tea on their own tea plantations.